The track ratings have been one of my favourite additions to the site ever, but obviously at the moment they’ve only really been added to new releases and the most popular classic albums, with a few outliers like some discographies. I think that it would be better, would speed up the process and allow more albums to have this feature if users could add track lengths themselves. Especially since there’s many albums that I myself and I’m sure many others would like to rate the tracks of but are likely never going to see track ratings on, such as more obscure old albums or releases in genres unpopular on the site. 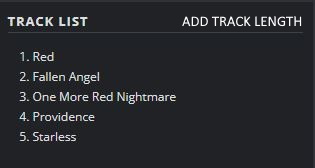 Also, for when adding the track list, an optional way to add track lengths so that we don’t need to go back through afterwards but those that don’t want to add them don’t need to. 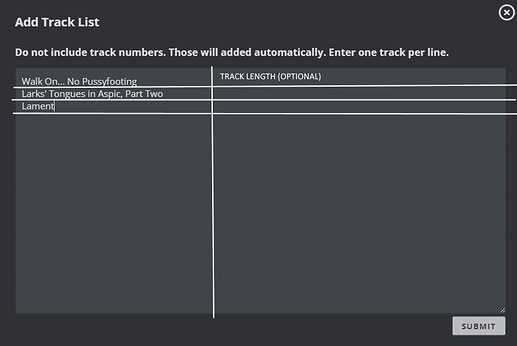